For some applications we have been using 50g/hr ceramic plate based ozone generators. However, one issue we have found with the ceramic unit is a tail off in ozone production capacity over time, with production reducing close to zero after around 60 minutes of operation.

We believe the main cause of this reduction in productive capacity is heat, with the ceramic plates reaching high temperatures after extended use. This is exacerbated in the summer months by the increase in ambient temperature, significantly impeding production capacity even on short runs.

We commissioned EPL to produce an alternative unit that would be able to better cope with our requirements. The below is a brief outline of our initial testing of the EPL unit, using the ceramic unit as a comparison.

ALL TESTS WERE CONDUCTED IN THE SAME AREA, WITH SIMILAR, OFTEN IDENTICAL AMBIENT CONDITIONS.

Subsequently, a three-hour test was conducted. As expected, the ozone production of the ceramic plate unit began to tail off, and continued to reduce over time. Conversely, the EPL unit continued to increase the measured ozone levels in the area for the duration of the test. 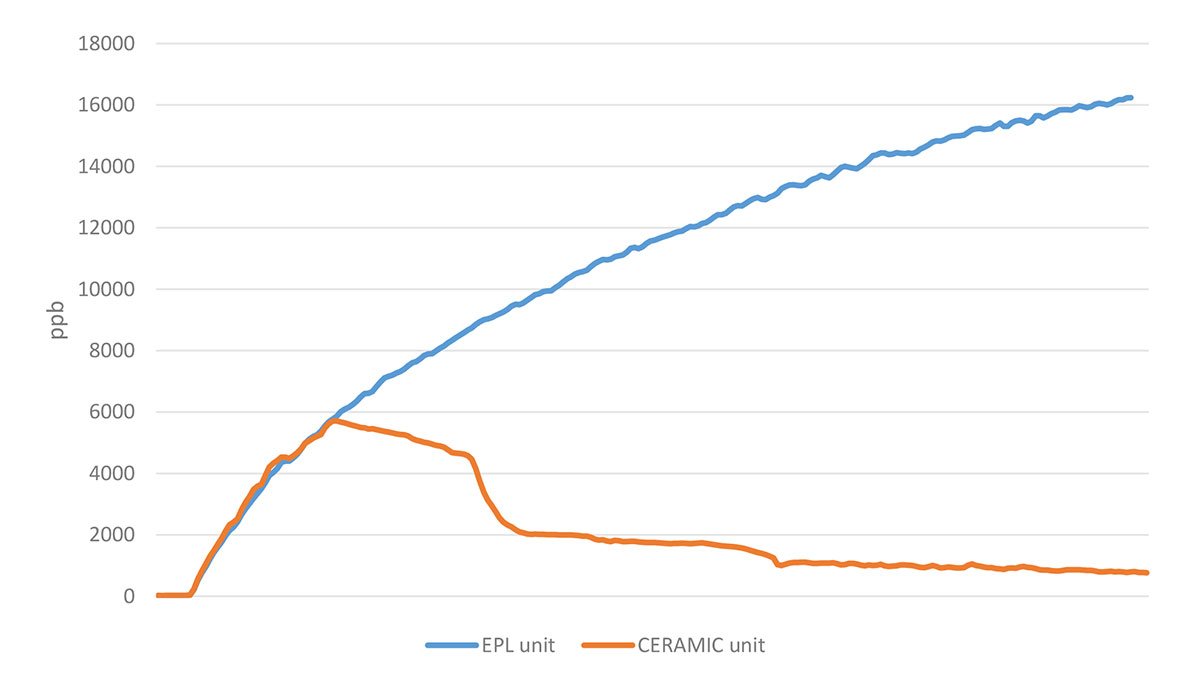 WE ARE VERY SATISFIED WITH THE RESULTS OF THESE INITIAL TESTS. EPL HAVE MANUFACTURED A BESPOKE PRODUCT THAT MEETS OUR SPECIFIC REQUIREMENTS EXACTLY.

The Ozone machine worked like magic. Our place stank with cigarette smoke and nothing would get rid of it, one use of the Ozone machine the Pro 5+ and most of it disappeared. I would highly recommend this product.

If you have any questions about any of the products on this site please call Keith on 07768 100903 or use the form below: